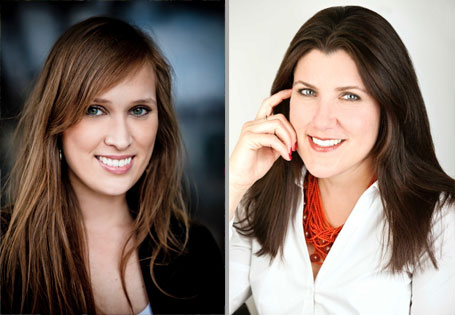 The La Cienega Design Quarter is thrilled to welcome Paloma Contreras of La Dolce Vita and Ronda Carman of All the Best as 2014 Legends Ambassadors. Both Paloma and Ronda will be joining us from Texas for this year’s event.

This is the second year of the LCDQ’s Legends Ambassadors program, which is designed to give a voice to the digital design community, including bloggers and social media tastemakers at Legends. This year we have nine Ambassadors traveling from around the country to attend and cover this year’s event.

Paloma Contreras is a Houston-based interior decorator, tastemaker, and award-winning design blogger. Paloma launched her widely read blog, La Dolce Vita in 2007 and her design business followed as readers’ interest in her style grew. Paloma has been featured in multiple publications and websites including the New York Times, New York Magazine, The Washington Post, ELLE DECOR, House Beautiful, Better Homes & Gardens and the Wall Street Journal and is currently an online contributor for Domino. Paloma’s design sensibility is a modern take on traditional style– gravitating towards classic silhouettes and timeless pieces paired with a touch of glamour.

Ronda is the founder of All the Best Blog, Ronda Carman Fine Fabrics, author of Designers at Home: Personal Reflections on Stylish Living, contributing writer for Huffington Post, New York Social Diary and a frequent speaker on the topic of design and social media.  All the Best Blog has garnered press from around the globe, including Fox News (named one of the top ten design blogs in 2010), Traditional Home, ELLE Decor, House Beautiful, domino, Real Simple and numerous national and international newspapers.  RONDA CARMAN FINE FABRICS is the first offering from the RONDA CARMAN brand. Handcrafted in Scotland by century old mills, RONDA CARMAN FINE FABRICS are created using traditional time-tested techniques requiring hundreds of man hours.

Be sure to visit both La Dolce Vita and All the Best blogs in April and May for exclusive content on Legends of La Cienega 2014.  You should also follow Paloma and Ronda on social media, as they will be covering the event live on their channels: