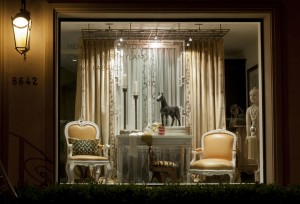 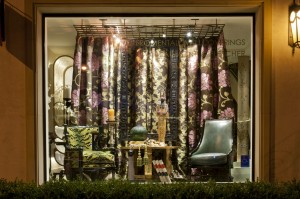 Veteran designer Thomas Allardyce has created interiors over several eras, and yet he knows how to add a punch of modern to his classic rooms.

“The drama created by reinterpreting timeless shapes and form in natural white is both modern and fresh.  Honoring traditional fabric design in new colorways completes the composition,” Allardyce says about the window (upper left) he designed at Janet Yonaty for #Legends2013.

In the other window, “the modern colors interpreted in the background  fabrics are the perfect setting for 20th century modern designs juxtaposed with classic furniture designs shown in vivid pattern and color,” he says.

Principal of Hendrix-Allardyce Design, Allardyce is one of the most renowned interior designers working worldwide. His distinguished career has been followed closely in the editorial pages of all major magazines. The philosophy of providing both traditional and modern clients a working historical knowledge of periods and styles, coupled with a well-edited color palate, use of scale, illumination, and the mixing of old and new has always been a trademark of Hendrix-Allardyce.

Drawing heavily from the European grandeur of royalty, Janet Yonaty, Inc. is one of the nation’s leading providers of decorative textiles and trims. Led by industry veteran and artisan Janet Yonaty, the company is equally skilled working within contemporary schemes, adept at infusing the richness of the past with the bold colors of today. Their lines of textiles and trims include Janet Yonaty Inc, Christopher Hyland, Hendrix Allardyce, Nomi Inc, Luigi Bevilacqua, Beaumont & Fletcher, and Fromental and Fabricant, among many others. With collections exhibited in nine, high-end showrooms throughout the country, Janet Yonaty, Inc. counts many of the world’s most distinguished hotels among their clients, including the Wynn, Waldorf-Astoria, Four Seasons, Ritz-Carlton and Bellagio Hotels.

For further information about by Thomas Allardyce, visit www.hendrixallardyce.com.

Past Meets Present in Maine Design’s LEGENDS Windows at Jasper 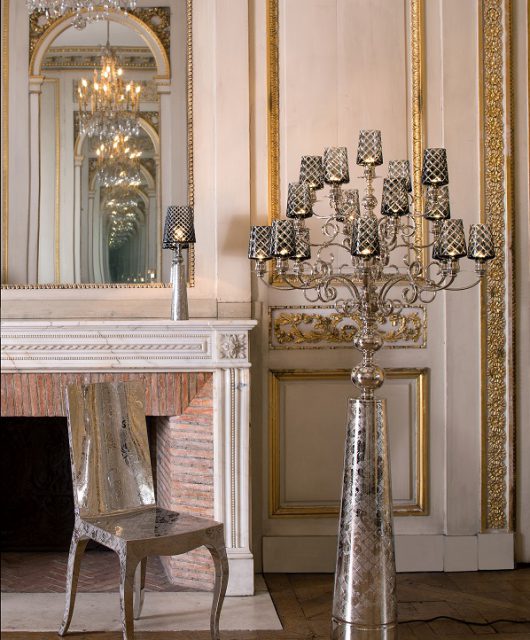