Designer. Curator. Artist. Collector. There’s seems no end to Richard Sharpiro’s creative endeavors. How did this one time businessman become one of the most talented and likeable tastemakers in Los Angeles? Meet him and learn his tips for creating a space with unique presence.

“It’s true that I wear several hats,” says Richard Shaprio. “But I think there is a constant aesthetic that runs through all of these pursuits. In my mind, they are all related to one another.” The owner of his eponymous shop is settled into his back office reflecting on a journey that took him from rental cars and restaurants to art and antiques.

Born in Little Rock, Arkansas and raised in Los Angeles, Shapiro’s first act was as a successful entrepreneur in the rental-car and real-estate industries. His first foray into design was when he opened The Grill on the Alley in 1984. The Beverly Hills eatery became a place to be seen, then and now, for the city’s power brokers. Instead of hiring a designer, Shapiro conceived the look with sumptuous leather booths, rich wood paneling, shapely lighting and an eclectic array of artwork that covers the walls—hung by Shapiro himself.

It seems lurking inside this successful businessman was a designer and artist waiting for his moment. When he shuttered his rental business in 1992, the time had come to take his already voracious knowledge of art and design (Shapiro was by then a well-respected collector) and make it official. “I was always a fly on the wall and unlike a lot of people, I was as interested in the chair in the corner as I was in the Rothko on the wall,” he says. “And through visits to collectors’ homes in Europe, I saw there was a different psychology when it came to design. It’s not about being clever or coordinating colors and patterns. I’m not interested in that. As Rose Tarlow once said, ‘I am not a decorator, I just make rooms look good.’”

And so he does at both his stunning homes in Holmby Hills and Malibu and his store, Richard Shapiro Studiolo on the corner of La Cienega and Waring. It’s here where on any given day, he’ll be chatting with top designers like Mary McDonald as they browse, consulting on his own interior projects or arranging his latest treasure trove of hand selected pieces that will go in the gallery, as he calls it. It’s an array of eccentric 20th century design finds sprinkled among classical antiques and arresting art and sculptures.

In one corner, a Paolo Buffa armchair in shaggy lamb sits next to a Studiolo side table as Ilia Anossov’s Nine Element Fresco floats above. They come together seamlessly to emphasize subtle texture and shape. Across the room, a 19th century Elmwood chair is the perfect foil for a 1970s leather gem by Giovanni Offredi. Behind them, classical pairs like gold Murano glass table lamps lend symmetry and patina. And that’s just for starters. With all of this rich diversity, it begs the question, Is there a commonality in the pieces he chooses or the design work he oversees? “It’s got to have soul,” he states. “It can’t reveal itself entirely at first blush. I like things to unfold a little bit at a time.” It’s the case in his own homes as well. “People will come that have been there many times and say ‘I never noticed that before. Was it always there?’”

Another theme that arises as you wind your way through the space is a sense of high quality as Shapiro puts it. “When I say ‘high quality’, I don’t mean necessarily expensive. But in terms of the physicality or presence,” he says. “It could be a crude piece of junk but if it has great form, color or patina…it’s the spirit I look for.”

The artist in him often responds to shape first. “Furniture has to be sculpture for me,” he says. “Before comfort even. I get in trouble with everybody on that. My feeling is that not every chair in the house has to be all that comfortable.”

Also in the mix are Shapiro’s own designs—a collection of timeless, pared-back tables, seating, mirrors, lighting and display pieces that are informed by a myriad of influences, from medieval to mid-century. Some of Shapiro’s own contemporary artwork pieces hang in the showroom from time to time. His unique point of view translates to his canvases. “It’s a big tough. I don’t want it to be pretty. But a bit gritty or edgy,” he says. “But it’s got to have a great aura. Hopefully that is the goal.”

While the thrill of discovery never seems to abate, Shapiro also thrives on the people who come to the showroom each day. “I absolutely love it. I don’t care if it’s the biggest designer in the world or a novice who doesn’t plan to buy anything,” he says. “There’s no snobbery here. I just enjoy talking to people about design.”

Keen to educate as well as learn, Shapiro published a ravishing tome on the thoughtful evolution of his L.A. homes. Past Perfect (Rizzoli) is a primer for anyone wanting to know how to create space that seems like it’s been cultivated over decades or centuries rather than days or years. Part inspiration, part encyclopedia, it’s a master class on creating spaces with the unexpected European charm that Shapiro admires and embodies.

While the homes, a 1920s Mediterranean manse and a Malibu beachfront property that resembles a riad in Morocco, are as different in mood and architecture as they can be, there is a through line that’s at the heart of Shapiro’s philosophy stated in the book…“Channeling the glories of the past to enrich the present.” From the front door to the back gardens, each element of the spaces is thoughtful and timeless.

There’s an Old World grace to each room yet they feel fresh and modern altogether. As Mayer Rus, the West Coast Editor of Architectural Digest so eloquently sums up Shapiro’s work in the book’s foreword, “It has taken him years—indeed, a lifetime of study and effort—to create homes that measure up to his noble, nostalgic idea of cultivated living, and the single-mindedness of his devotion is staggering.”

Shapiro continues to share his unique vision and those of others he respects via his Instagram (@richardshapirostudiolo) with endless inspiration and muses from diverse sources like Gabriella Crespi’s fresco filled Roman apartment to a crumbling Hotel Petra in Beirut. The feed also features the latest finds from his showroom and a peek at his personal spaces as well.

A post shared by Richard Shapiro Studiolo (@richardshapirostudiolo) on Feb 28, 2018 at 7:40am PST

But the best way to experience both Shapiro and his amazing eye is in person. Shapiro welcomes everyone to see what he and his fellow shops and galleries in the LCDQ have on offer. “Whatever you’re interested in, there’s a lot of diversity and variety to see here,” he says. “There’s that opportunity to discover things you don’t know about and you can open yourself up to it all in such a compact area.” With that, he’s off to find fresh inspiration for his customers, fans, followers, and of course, himself.

“I’ve pursued various techniques and materials to simulate aging and wear, many of which are surprisingly simple. After years of submersion in the earth, railroad ties’ crusty surface make a wonderful facing material. A watery mixture of cement and white paint makes an effective finish for any object, like a giant ceramic pot.”

“Architecturally, there is little else more important to a house than its windows. As a general rule, windows should have the thinnest possible muntins, rails, and stiles. When possible, I try to set windows into thick walls, which allow for deeply recessed reveals.”

“Ceilings can take many forms, and efforts should be made to avoid succumbing to the usual lick of white paint. Beams, coffers, and cornice moldings, whether structural or cosmetic, can all be effective chapeaux for a room.”

“Textiles offer great opportunities for creative freedom. From precious vintage fragments to inexpensive contemporary prints, the mix can include anything that feels right.”

Fall and Holiday Happenings in the LCDQ III 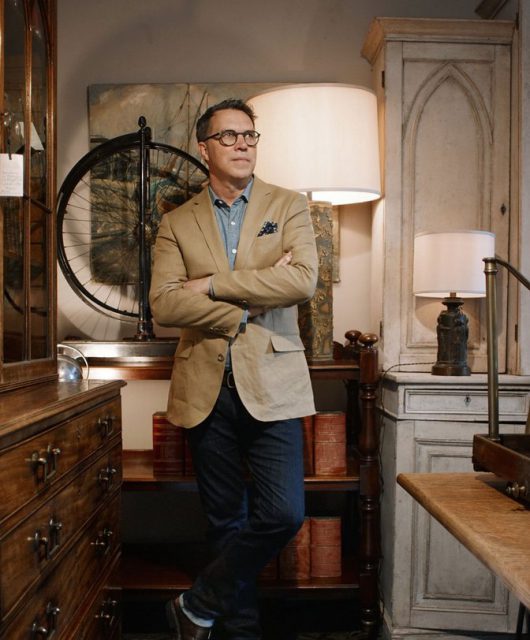 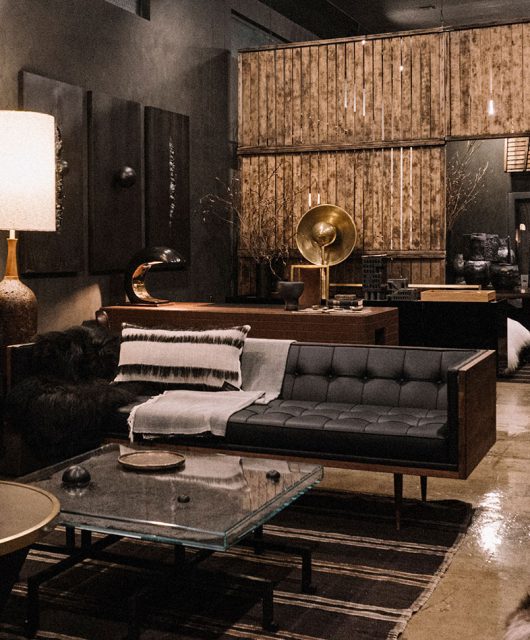 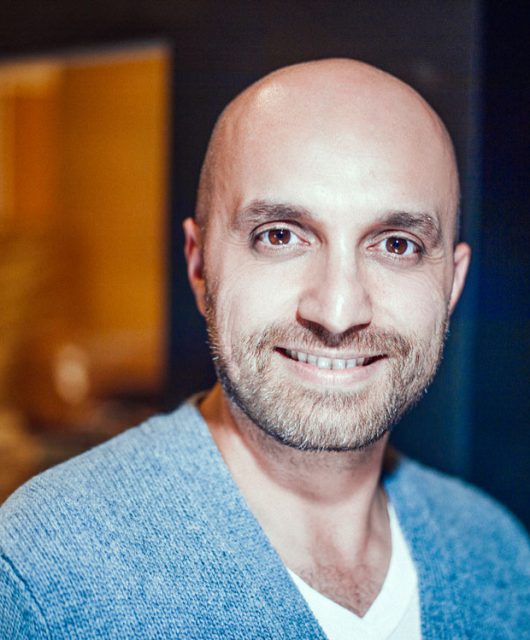 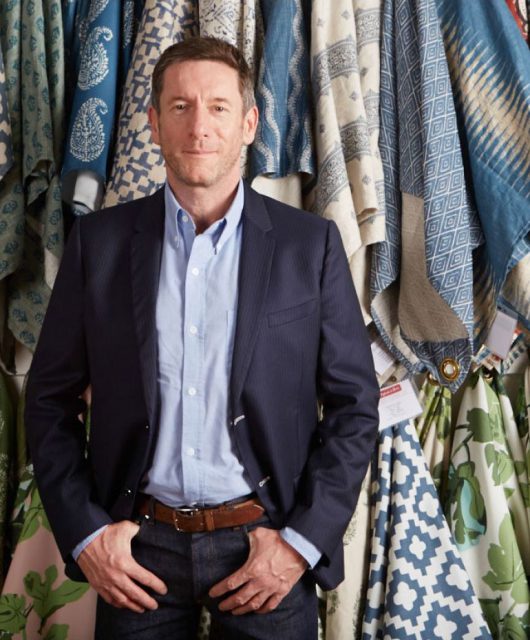